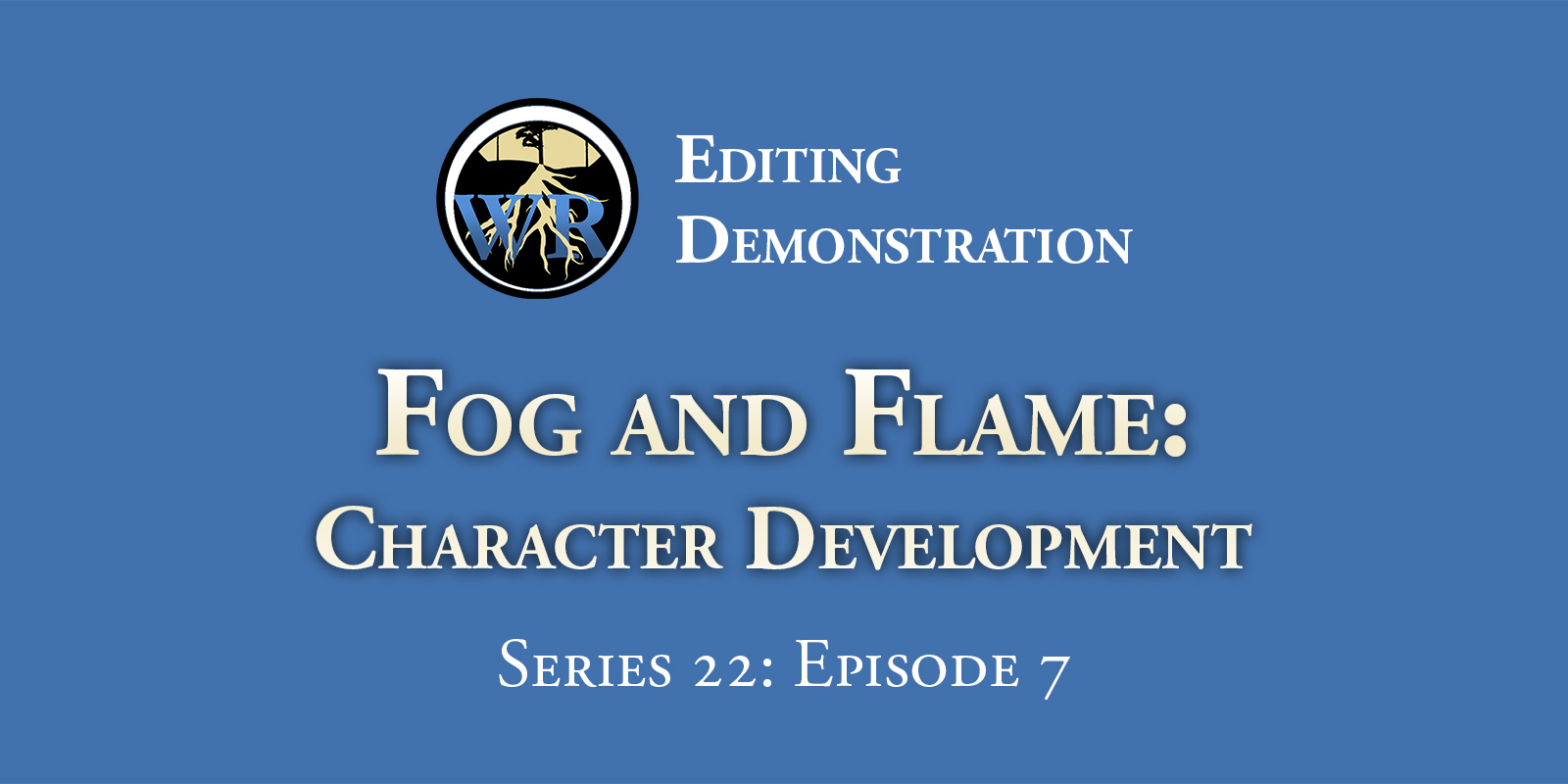 Stories generally develop in one of two ways: with a focus on the plot with the characters playing their parts, or a focus on the characters as they navigate the world. In other words, plot-driven or character-driven. Both are valid storytelling techniques and play to the interests of readers in varying genres. Even if you are driven by one, though, you should still be putting effort into developing the other. After all, characters are not just puppets and plot isn’t just a sandbox.

Before editing Ley’s Modakku Anthologies, she asked Leigh to help make sure the characters were strong in their respective roles. When she chose to write in first-person omniscient, she also decided to never name her main character, the narrator. It proved to be a challenge and with that came some concern that the character would feel disconnected.

Leigh and Ley discuss her characters in this episode, with a focus on Fog and Flame, and things she could do to improve the characters within the plot.