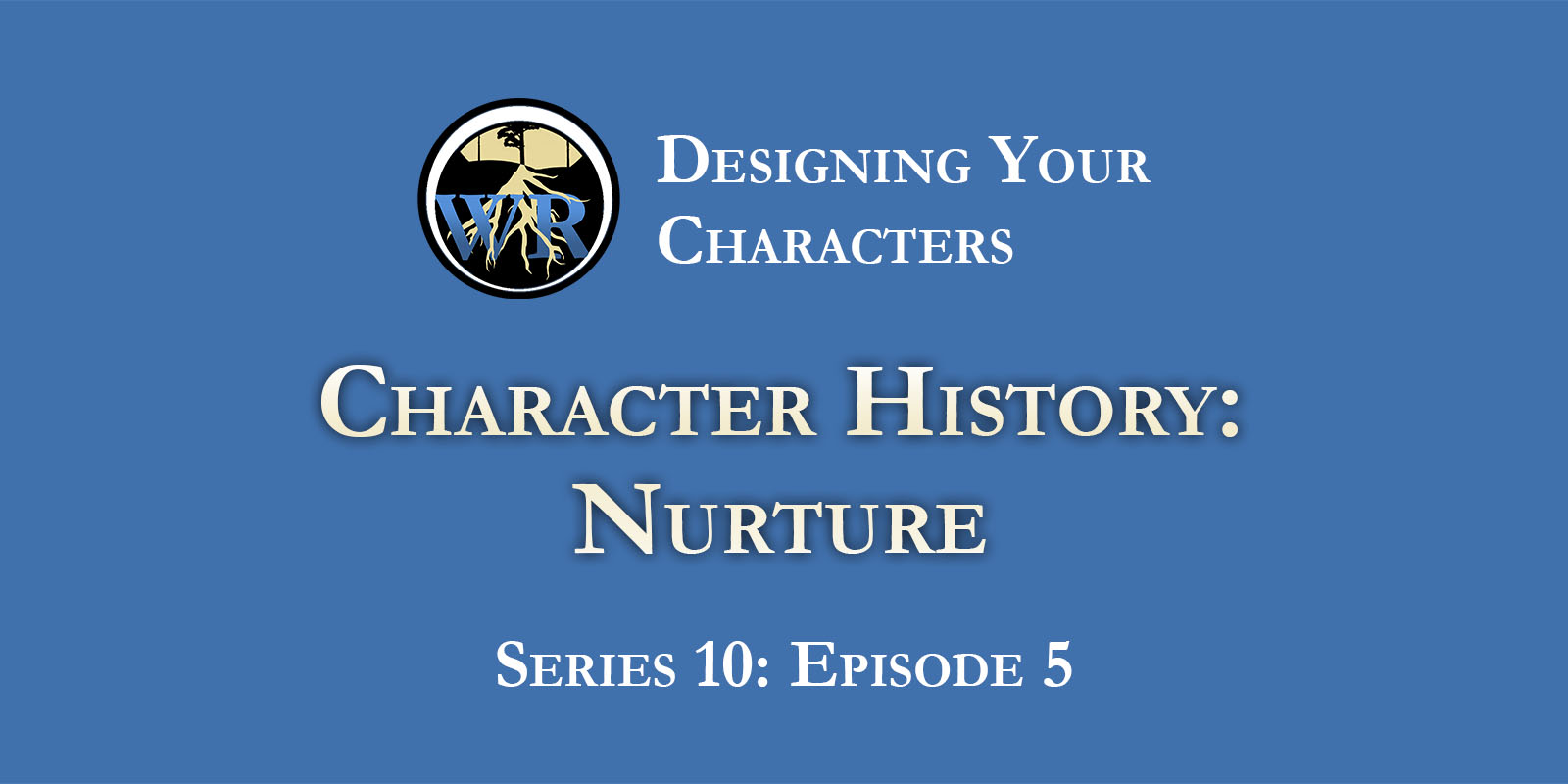 Characters are the base of any story. Without well-developed characters, the plot will always fall flat. This series is dedicated to creating realistic, believable, and deep characters. It means getting to know them on a personal level. It takes developing more than their powers or strengths, but their flaws. It’s not easy but it is possible, even for those pantsers.

Psychologists have been arguing for decades about what dictates personality. It’s an argument that can help authors develop realistic and deep characters. Last episode was dedicated to nature and how a character’s physiology can determine actions through a story. This episode is the other half of the psychology argument: nurture. Many psychologists believe a person’s experiences as a child are the major factor in who they become later in their life. Hosts Leigh and Ley share how memories and traumas can influence a character, and why knowing some of their backstory is so important for good development.